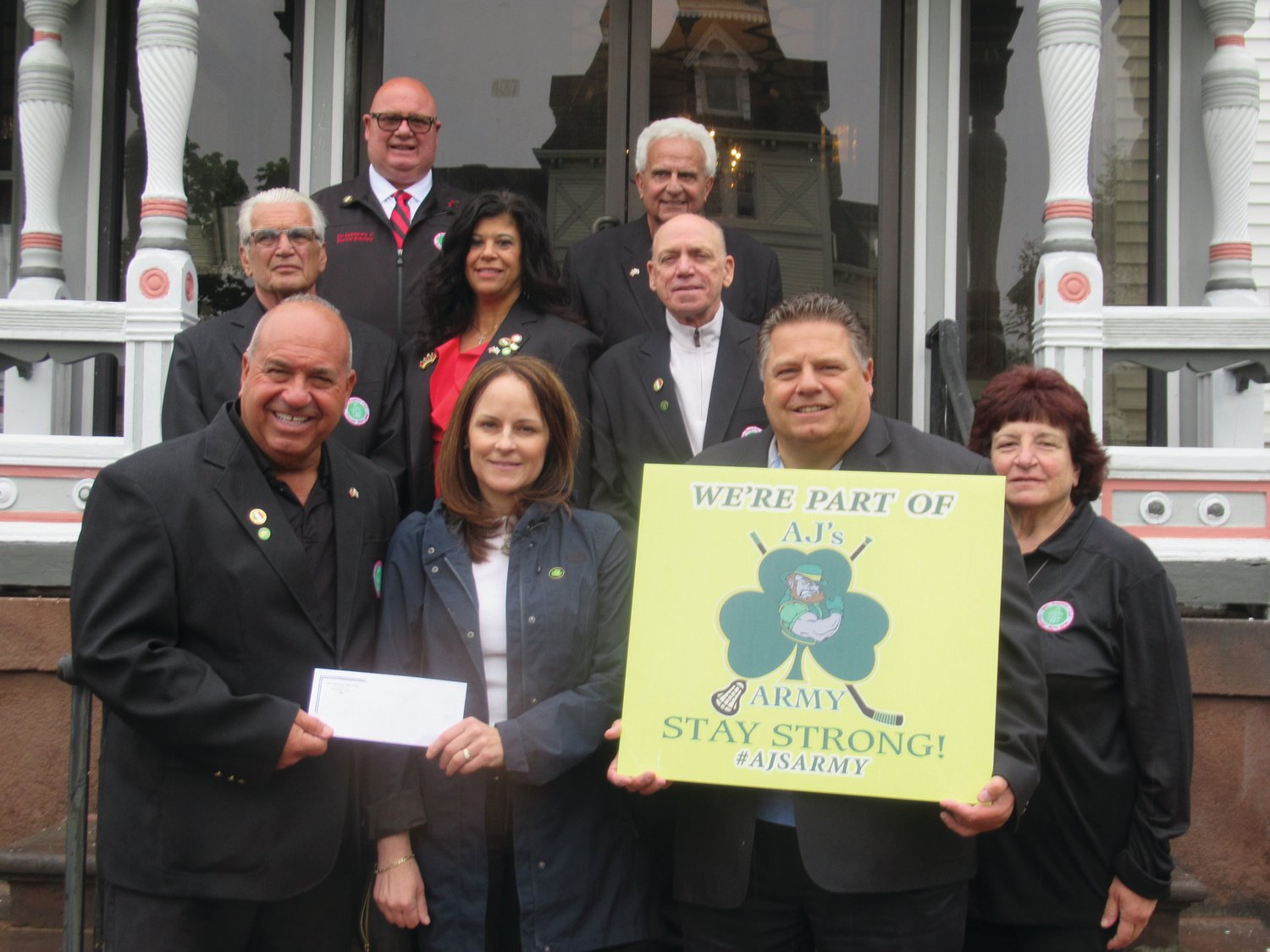 It was a dark and gloomy day in Providence, and a light rain fell upon a small group of fundraisers.

But George Lazzareschi and Robert “Bob” Villucci declared the sun “is sparkling and shining all the way down to Atlanta, Ga.”

That’s because the proud Italo-American Club of Rhode Island, which dates back to its historic founding in 1896, recently joined AJ’s Army in form of a heartfelt donation of $3,500 that came from the club’s generous members, who like thousands of other people across the country are hoping to help North Providence teenager A.J. Quetta recover from a severe spinal cord injury he sustained in an ice hockey game back on Jan. 26.

“We believe strongly in the mission of AJ’s Army,” said Lazzareschi, a Johnston resident who serves as president of the Italo-American Club and serves as Superintendent of Public Safety for the City of Providence. “We are giving this donation to help with the financial and emotional support of the Quetta family for A.J.’s road to recovery.”

Quetta, who played hockey for Bishop Feehan High School in Attleboro, Mass., where he is a senior, suffered a life-altering spinal cord injury that left him paralyzed after he went crashing head first into the boards.

He has been recovering at the Shepherd Center in Atlanta, with his father Anthony Quetta Sr. as his roommate.

AJ’s mother Nikki Quetta — who was on hand at the Italo-American Club to accept the donation and thank the club’s membership – told members her son is “doing well, working out in the gym three hours a day, eating good food and can’t wait to come home.”

Although a homecoming date has not been set, funds like the Italo-American Club’s donation continue to add up and will go a long way in helping to lessen the staggering cost of AJ’s treatment, which will reportedly surpass $1 million the first year, and may cost $200,000 more each following year.

That’s why Villucci, treasurer at the Italo-American Club and vice president of business development for Navigant Credit Union, brought the idea of joining AJ’s Army to the Providence-based club’s board of directors. The idea unanimously endorsed and then presented to the membership, resulting in the $3,500 donation.

“This is a special, super and great cause,” Villucci said. “Our entire membership is proud and honored to make this important donation that we all hope will help lead AJ to future successes.”