The Italo American Club of Rhode Island founded in 1896 is the oldest Italian chartered club in the United States. 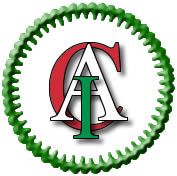 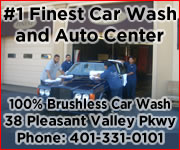 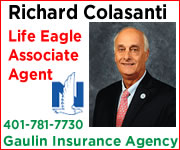 The Italo American Club was first established as a society of Italo Americans in 1896. In 1899 they filed it’s charter with the Stale of Rhode Island.  It’s purpose now, as it was then, is to foster a community center where industrious Italian-Americans would honor one another and share common goals familiar to all Italian immigrants who were at that time seeking a new “land of opportunity”.

The Italo American Club of Rhode Island is the oldest Italian chartered club in the United States. The founders were, Henry Caproni, Rinaldo Castiglioni, Gandenzio Gasperi, Vencenzo Giusti, Ottavio Batastini, and Antonio E. Vota. The first president was Dr. Vito Raia in 1896 and 1897. Rinaldo Castiglioni in 1898 and Enrico Caproni in 1889. 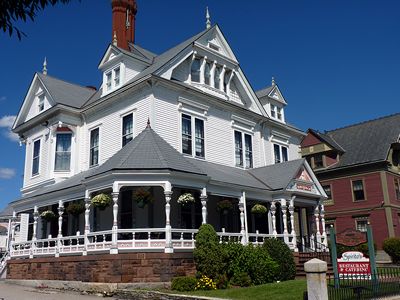 The club was located on America Street in Providence until the mid 1920’s when the city of Providence purchased the property to enlarge the Kenyon Street School. The 256 Broadway property was purchased and used until 1999 at which time 477 Broadway was purchased, which is now the current location of the club. During the 30’s the Garibaldi Club joined with this Italo American Club.

In 1924, Dr. Tancredi Granata was elected president. For the first time and under his leadership the club entered an era which won for it a national reputation for organizations of it’s kind. He was elected again in 1925, 1930, 1934, 1937, and 1943. No one has been elected to serve so many times before or since as president.

Under his leadership, the Italo American Club war ushered into a golden era, which made it the cultural center of the Italo American community of the state. Internationally known scholars, artists, musicians, and diplomats lectured and were entertained in the club. Plays and minstrels were presented with members participating. The members were offered entertainment the likes of which to this day have not been surpassed by any amateur group for quality of acting and presentation. All the money realized from such projects went to charities. During the depression, many double baskets of food and fruit were distributed to needy families in  Providence. This custom still prevails. Scholarships are now offered to deserving scholars of Italian heritage On Columbus Day each year.

Since 1942, the Italo American Club had added with pride a United States Senator, several Governors, and Mayors along with many State representatives and senators, doctors, lawyers, business leaders, bishops, monsignors, priests, superintendents of schools, surgeons, eye doctors, educators, chemists, jewelry manufacturers, contractors, and business men of all fields.  Today many of the members are young and are continuing the legacy of their heritage.

For those early members who have passed on  and left us this legacy, we are eternally grateful. We pray that the future generations of Italian Americans will continue the tradition of our beloved Italo American Club. 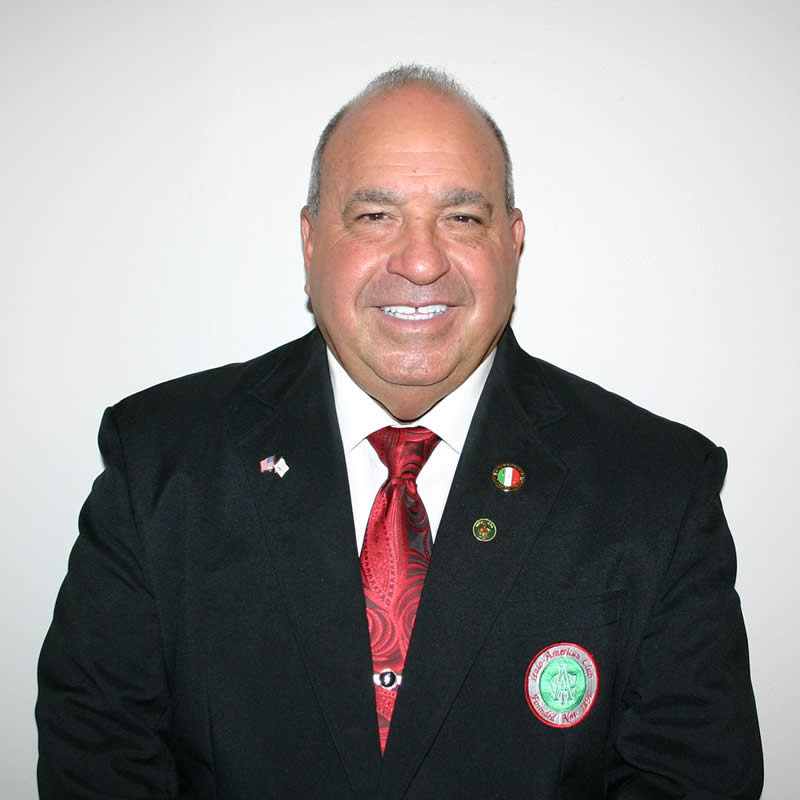 George is a lifelong resident of Rhode Island, growing up in the Mount Pleasant section of Providence he now resides in Johnston with his wife Lori and has been a member of the Italo American Club for more than 20 years..

George works for the City of Providence as the Superintendent of Public Safety and he is a five time World Champion Bench Presser and also holds many State, Regional and National titles. George is also the President/Owner of Elite Powerlifting Federation and The Dog House Powerlifting Organization for Children’s Charities.

George has one son, Sloan Antonio Lazzareschi who is also a member of the Italo American Club and two grandsons, Ezekiel and Enzio. 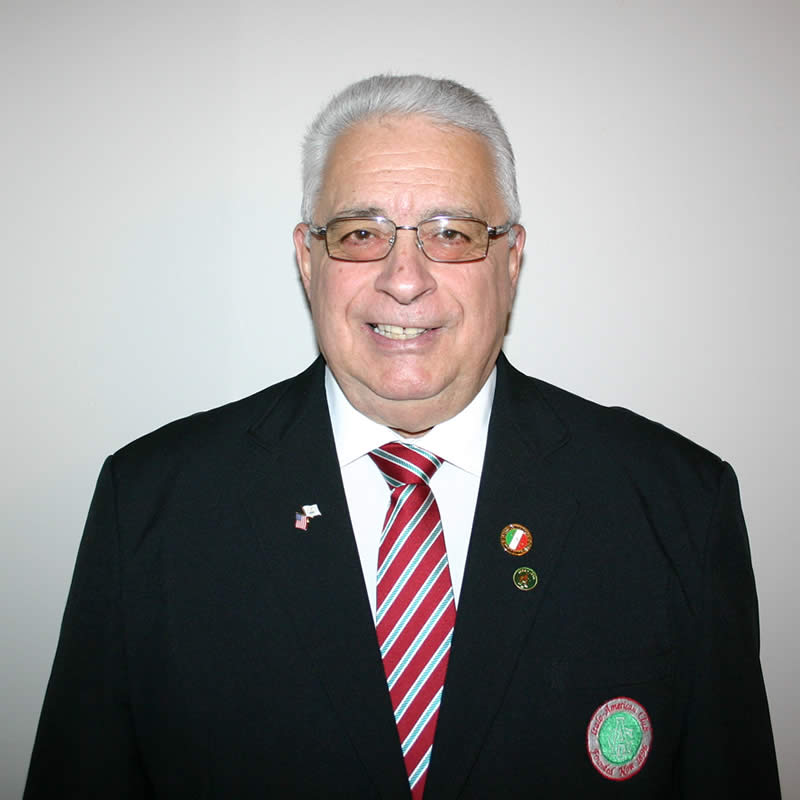 Tom has been a member of the Italo American Club for over 12 years and has previously served on the Club’s Board of Directors. He has been a Funeral Director/Embalmer at Nardolillo Funeral Home for 53 years. Tom was a member of the North Providence School Committee from 1989-2004 including four years as Chairman. He also served as President of the RI Funeral Director’s Association for 2005 -2006.

Residing in North Providence, Bob has 35 years in the financial services industry. Over the past 20 years with Navigant Credit Union, Bob has served as the Vice President of Consumer Lending. Bob has also had responsibility for residential lending and loan servicing. In addition to his daily duties, Bob volunteers with many community organizations serving on the Boards of the Children’s Workshop Foundation and Spurwink RI. 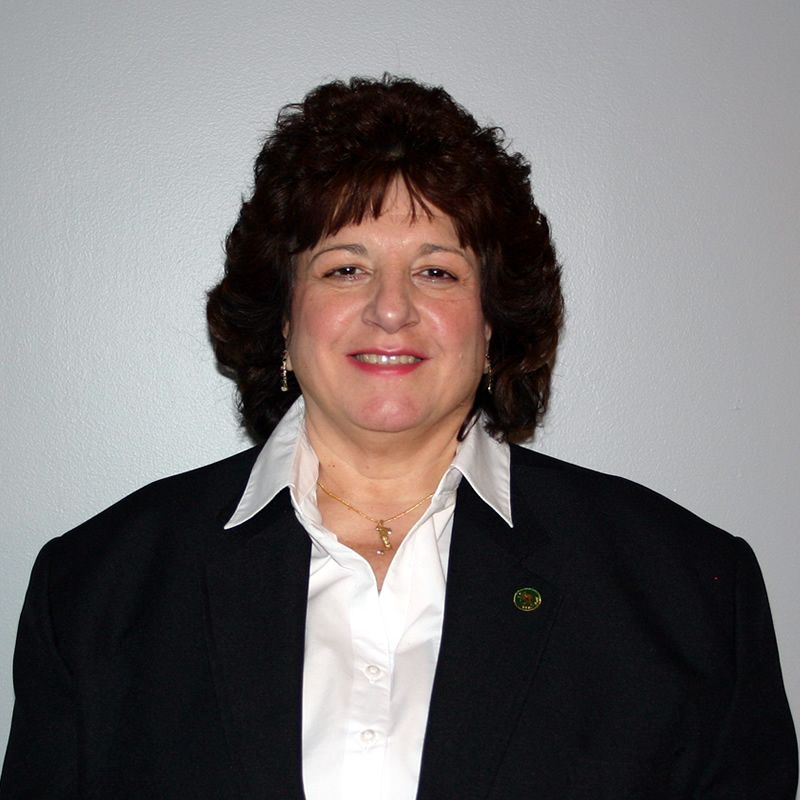 Donna has been a lifelong resident of Johnston, Rhode Island and a member of the Italo American Club of RI for 4 years. Now retired after working 34 years for the RI Dept. of Children, Youth and Families. Donna has been the Disabled American Veterans Auxiliary National Executive Committee woman for RI. Donna has been the RI State Commander of the Disabled American Veterans Auxiliary and this year has been elected Sr. Vice President of the Veterans of Foreign War Auxiliary #2812. Donna is very proud of her Italian Heritage. Donna’s mother came to America from Itri, Italy and her father’s parents came from Pontecorvo, Italy. Donna is the first woman to be elected as an officer of the Italo American Club of RI.